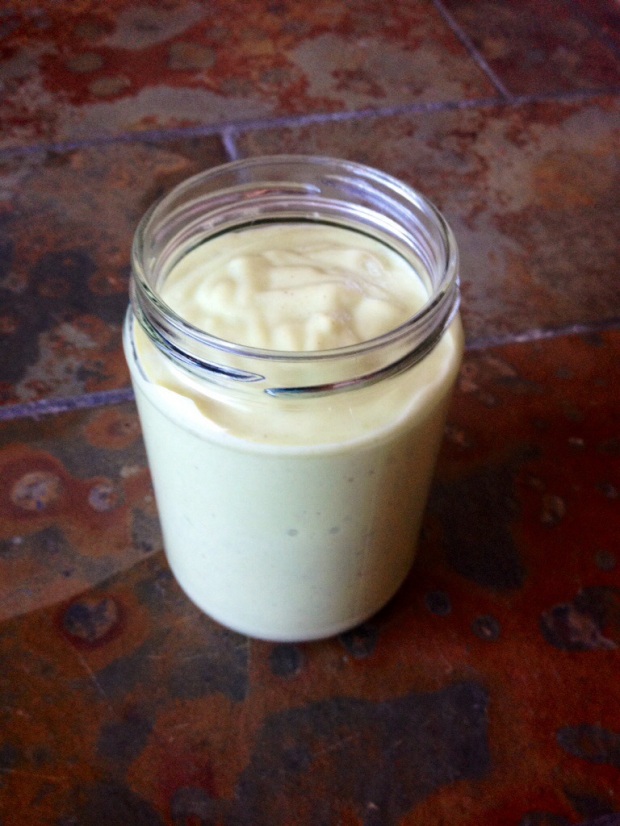 I have already sung kefir’s praises, and if you don’t hear about it again it’s because I plan to use my kefir to make this smoothie every day forever.

A friend gave me this recipe, except she uses yogurt instead of kefir, and she adds ice. Since kefir is thinner than yogurt, and since I like my smoothies to just be a blend of goodness and don’t care so much about the cold part, I skip the ice. So into the smoothie goes:
– Kefir (1-2c or however much you have/want)
– 1 banana
– 1/2 avocado
– Honey – to taste (cuts the tang of the kefir, you could use another sweetener or probably skip)
– Cinnamon – to taste (I’m actually not the biggest cinnamon fan, but I love it in this! And I’ve accidentally poured in “too much” before, and it wasn’t too much, so do it up)
– Protein powder – if you want, but this smoothie covers the texture and whatnot better than any other I’ve tried, and it keeps me super full!!

2 thoughts on “Kefir Smoothie with Avocado, Banana, Cinnamon, and Honey”