Pretty Utensils
Why have plain ones? These I received as a birthday present from a dear friend, and every time I use them I get extra excited, and I think of her. 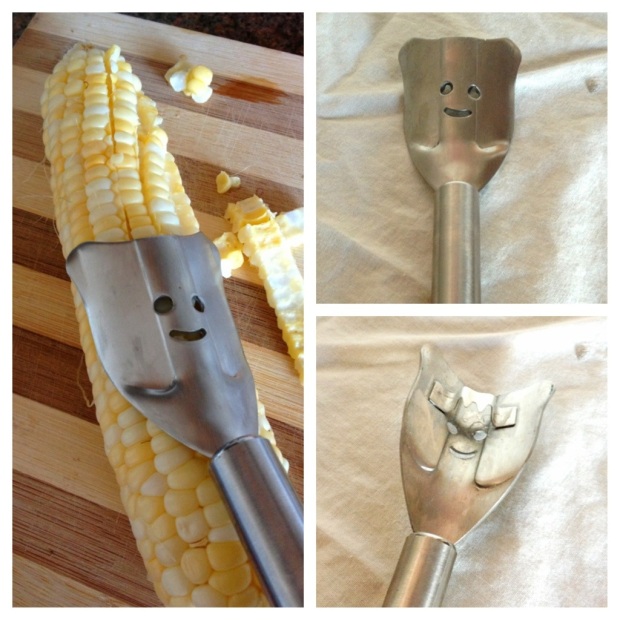 Corn Stripper
Fresh corn is delicious in everything, especially salads. And when you use raw corn it retains its vegetable qualities as opposed to becoming just a starch, so it’s that much better for you. But trying to get the kernels off the cob is always a mess – unless you have one of these! Not sure where you get this smiley one, as I got mine from a fundraiser for a coworker’s kid’s school, but keep an eye out! And other people seem to like this one. 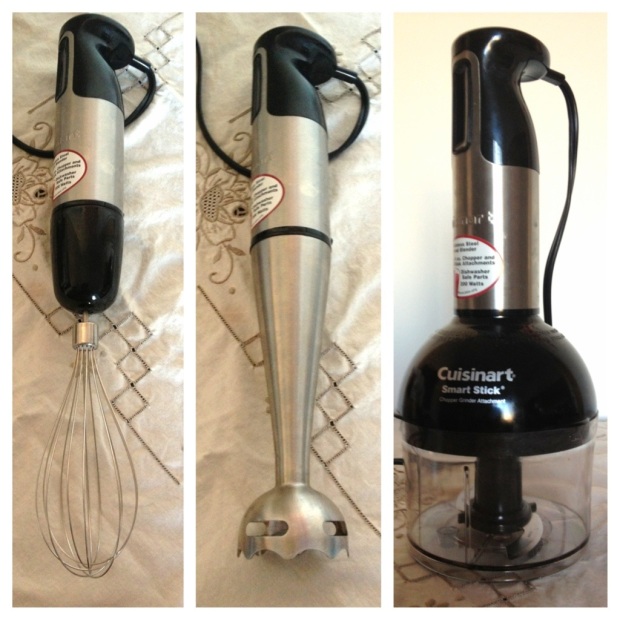 Immersion Blender
As you may know, I’m obsessed with my immersion blender – I use it for everything!! Smoothies, blended soups, sauces… And the one I have has a whisk attachment, which means I also use it to whip cream and egg whites. And it has a little food processor attachment, which is perfect when I am trying to make small quantities of things that won’t fit in my regular food processor.

Nesting Doll Measuring Cups
I originally saw these guys in a Sky Mall magazine, of all places. I tore out the picture and stuck it to my refrigerator, and talked them up to anyone who might possibly have wanted to buy them for me – before I saw them in a kitchen store and bought them for myself, and several other cooks I know. So lovely! Totally functional, and pretty on your counter! 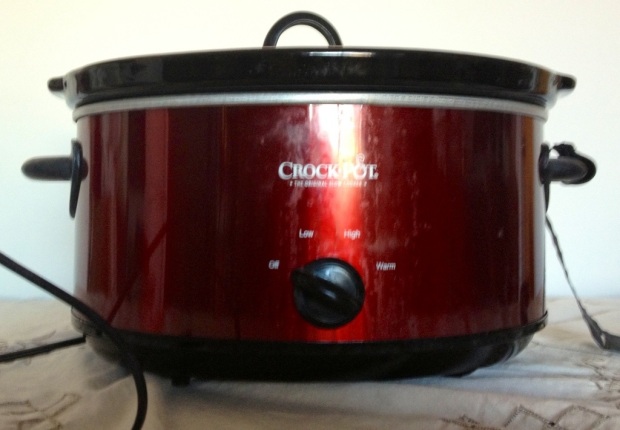 Slow Cooker
It took me a while to start using this thing after I got it, but now I’m obsessed. It’s perfect for the lazy (or time-strapped) cook. It’s also perfect for summer when you want cooked things but don’t want to turn your oven on. And it’s great for making desserts, which I had never realized before. 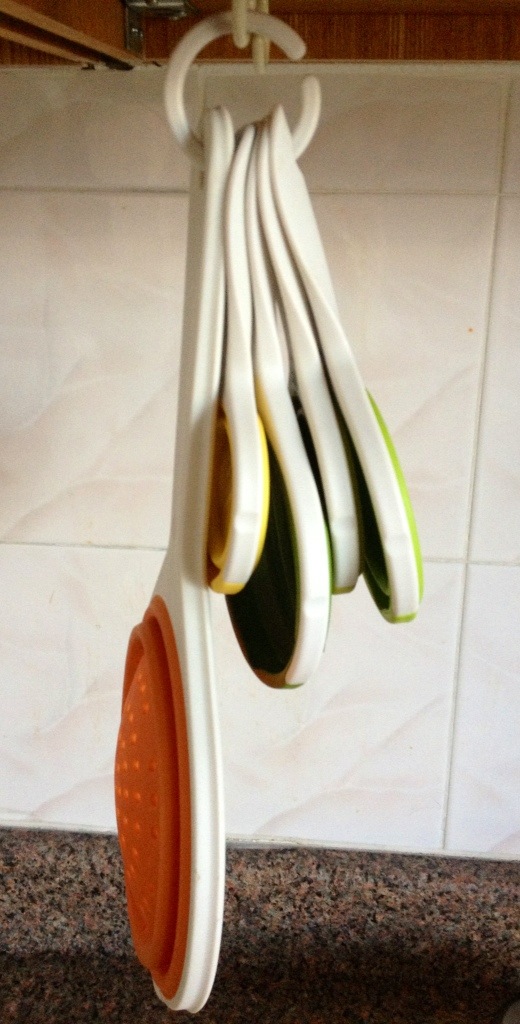 Hanging Folding Measuring Cups
These were a gift from my aunt (she heard me talking about the Nesting ones but couldn’t remember the specifics so ended up getting me these instead – which actually worked out well because…) They’re great! I always know where they are, they don’t take up space on my drying rack, and they’re pretty!! Also because of the rubbery material they’re made with, things don’t stick to them as much – like maple syrup will just run right out. It’s pretty cool!

State Cutting Board
This I actually got for some friends who were leaving the beloved state of Oregon behind. I saw these cutting boards originally at a craft fair in Brooklyn, but you can order them online. And they’re customizable – you can choose from different symbols to mark whatever city in whatever state you want!

Tomato Knife
Before I got a legit chef’s knife, I used this for everything (and let’s be honest, I still do). People make fun of me, but it totally works! Obviously it cuts tomatoes like a charm, but you can use it for winter squash or meat or really anything! Best and least pretentious knife ever.

Pretty Serving Pottery
Some of this I bought for myself and some my mom got for me, but every time I use it it makes me happy. There’s this pottery studio that old family friends have, and one of their potters has a style I really like. And it’s great because it means that every piece she makes is unique, but they kind of go together.

Colorblind-test Silpat
I got this one from the MN State Fair when I was there last summer, and now I use it all the time! It’s so cheery. They have a bunch of different designs, all with cookie outlines, which is surprisingly useful! Again, why have plain ones?

3 thoughts on “My Favorite Kitchen Things”