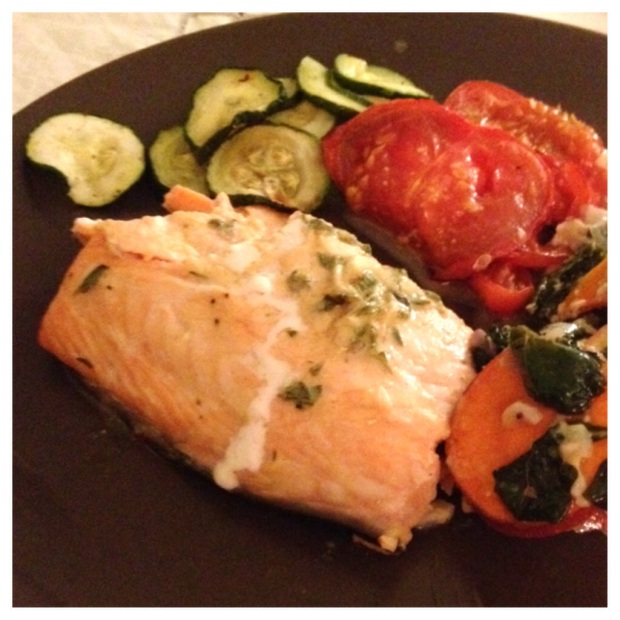 A friend who was over while I was cooking said, “You don’t need to do all that fancy stuff to salmon.” Well, that may be true, but do it anyway because the result is divine! I got the recipe from Recipe Girl, inspired by the fact that I had bought fresh oregano thinking I needed it for another recipe, and I was entertaining pescatarians.

Marinade the salmon in:
– Chopped oregano
– Lemon juice (I used 1 lemon)
– Mustard (I used a big spoonful of Chantel mustard, they say Dijon)
– Coconut oil (they say olive, but I was out, and it’s high heat)
– Minced garlic
– Salt and pepper

Let that sit while you make the tomatoes (and zucchini – it was an afterthought, but a delicious addition, and prepared the same way):
– Slice the tomatoes 1/4in thick
– Place in a single layer on a greased (I used coconut oil – you can’t taste it) cookie sheet and sprinkle with salt and pepper
– Bake at 400*f until starting to shrivel but not burning (they say 10 minutes, but it took mine about 20 – just watch them carefully)

– Bake the salmon at 400*f for ~15 minutes, until it’s done to your liking
– Serve with the roasted veggies 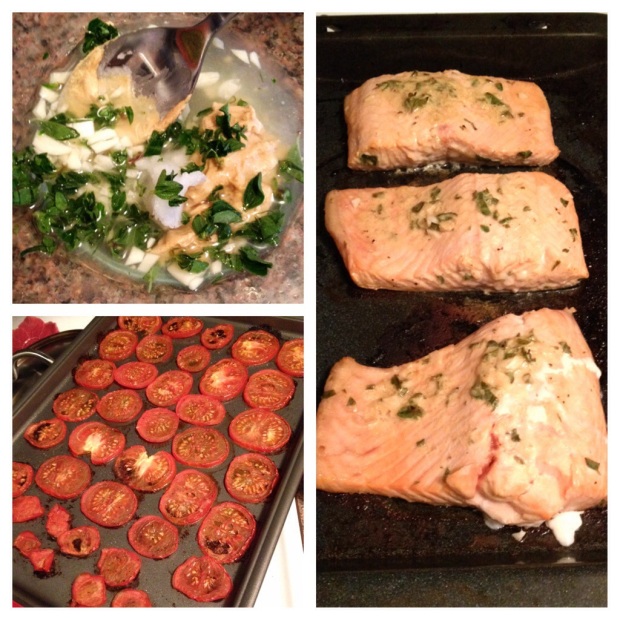