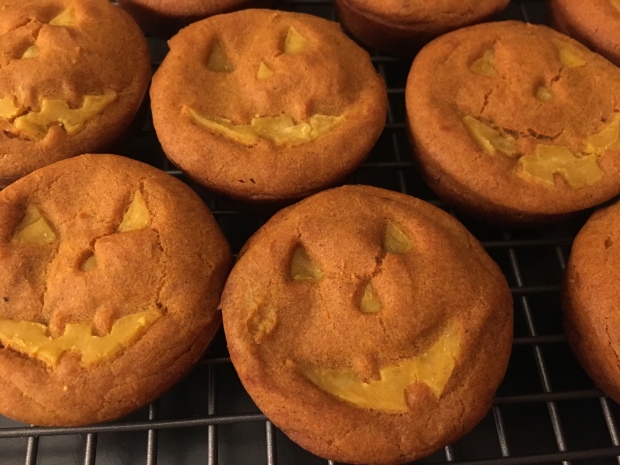 Because it’s Halloween!! And because #NoSugarNovember came a few days early for me this year… and I still wanted to bake something.

It’s hard to find muffins that are actually sweetener-free! But I found a recipe from My Kids Lick the Bowl for unsweetened carrot muffins – which I made and they’re amazing (slightly more like biscuits than muffins maybe…) – and I decided to adapt it to be pumpkin.

The recipe calls for:

– 400g puréed cooked carrots. Turns out this is about 1 can of pumpkin, but when I made the carrot ones I did the math wrong and probably used half that, and the texture turned out better (and they didn’t take as long to bake) so play with it.

For the jackolantern bits, I painstakingly cut the shapes out of dead dough using a knife and a pin! (Dead dough in this case being a mix of flour and water and a tiny bit of oil – don’t worry too much about it, just add stuff til it comes together as a dough)

I also added a drop of red food coloring to my muffin batter and a drop of yellow to my dead dough to make a stronger jackolantern effect. 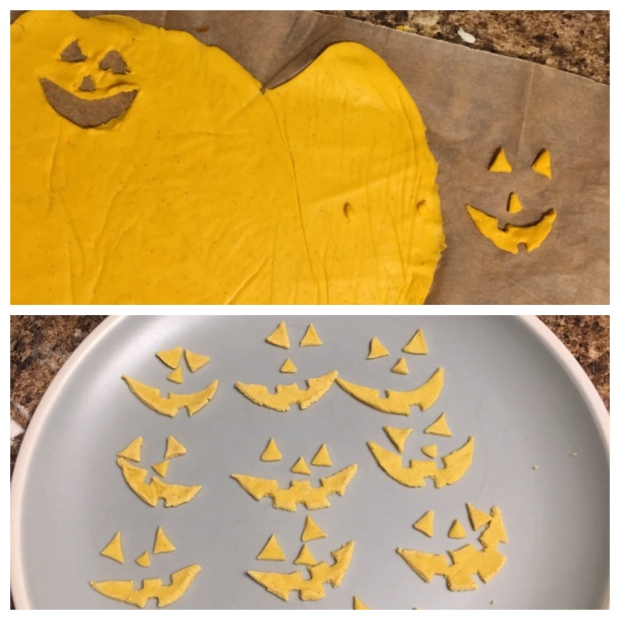 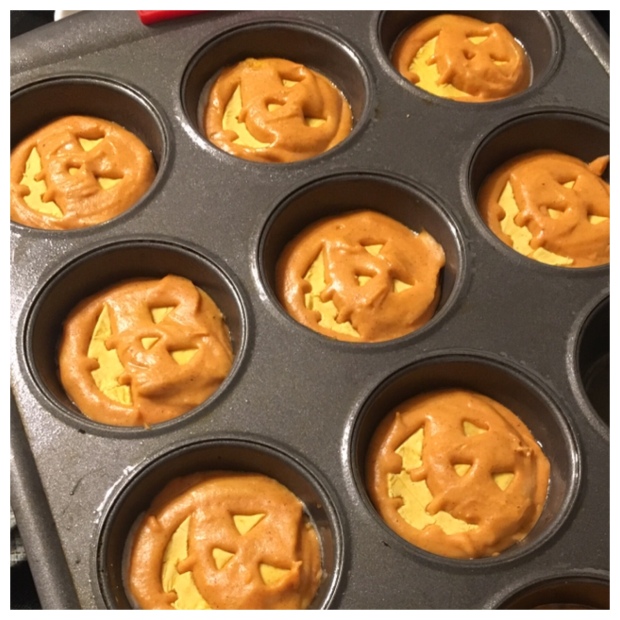