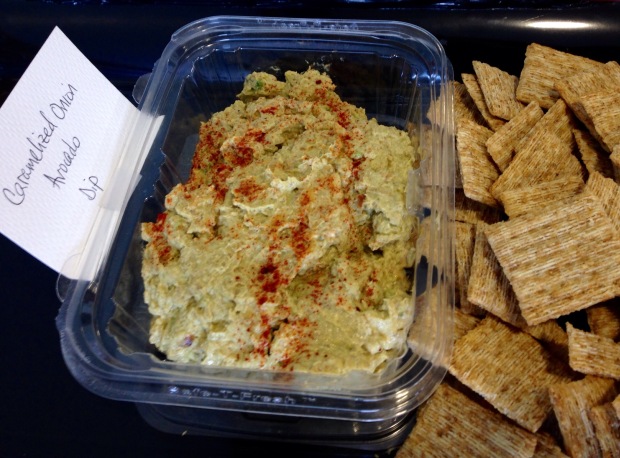 I wanted to make a dip for my company holiday party pot luck, mainly because I was so happy with the Cranberry White Cheddar dip from my own holiday party, but of course I couldn’t make that again. Instead I found this Barefoot Contessa recipe from Food Network which looked delicious, with the one slight problem that it called for mayo (which I need to probably make from scratch one of these days so I stop being so skeeved out by it…) but I decided to see if it would work to substitute avocado instead, which I do on almost every other occasion. Spoiler alert: it worked! Here’s how it went down:

– Thinly slice 2 large yellow onions and put them in a pan with butter (she says 4tbsp, I used 2) and vegetable oil (I used grape seed and about 1/8c instead of 1/4 – the whole recipe is incredibly heavy so I tried to cut a little where I could)
– Also add in cayenne (I had forgotten I was still out, so did a combination of paprika and chili powder instead – it worked) and salt and pepper

– Sauté on medium heat until the onions start to soften, then reduce to medium-low and cover, stirring occasionally, until the onions are completely caramelized – like jam! (She said this takes 10 minutes and 20 minutes, respectively, but for me it was more like 20 and 50… Was it my reduced butter/oil choice? Was my heat too low? Was it because everyone always lies about how long it takes to cook onions? Either way, be forewarned!!)

– Mix well, and sprinkle some more paprika on top for color, and serve!

Very rich and heavy and the perfect savory-sweetness that only comes from crazy-caramelized onions – totally worth it! 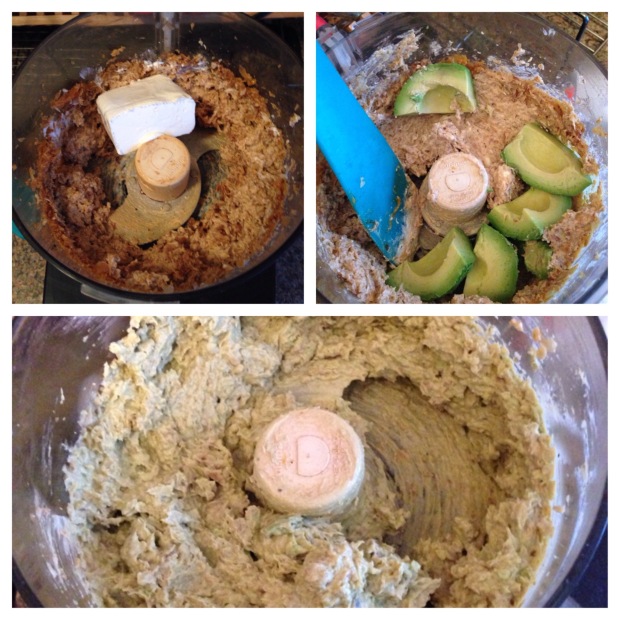