Planning to start eating well again (…next week) so in preparation I decided to make a bunch of slow cooker stuff that (I hope!) freezes well!  I got this recipe from Chelsea’s Messy Apron and did pretty much everything she did, except:

– Didn’t drain or rinse the beans – seriously never do! It’s such delicious and nutritious stuff (not to be confused with bean soaking water, which is disgusting and will lead to much unpleasantness)

– Didn’t use enchilada sauce, instead referenced this Food Network recipe and added:
— Coconut oil (see below)
— Chili powder (although not probably as much as they say)
— Veggie bouillon and water (instead of chicken stock) (also did this for the main recipe)
— A bunch of oregano and cumin

– Didn’t use taco seasoning, instead referenced this Food Renegade recipe and added an unmeasured amount of:
— Onion powder, red pepper flakes, paprika, salt and pepper (and chili powder, oregano, and cumin – called for in the enchilada sauce)

– Used way more garlic than she did (although didn’t have any garlic powder, which is an ingredient in taco seasoning, so maybe it evens out)

Anyway, I think in the end it turned out well! So, happy healthy eating to me!! 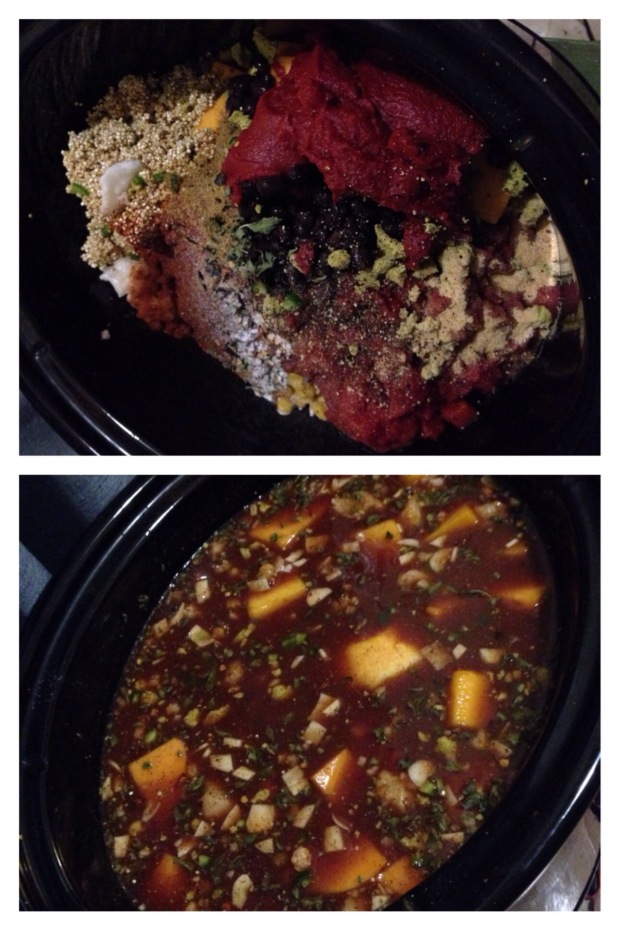