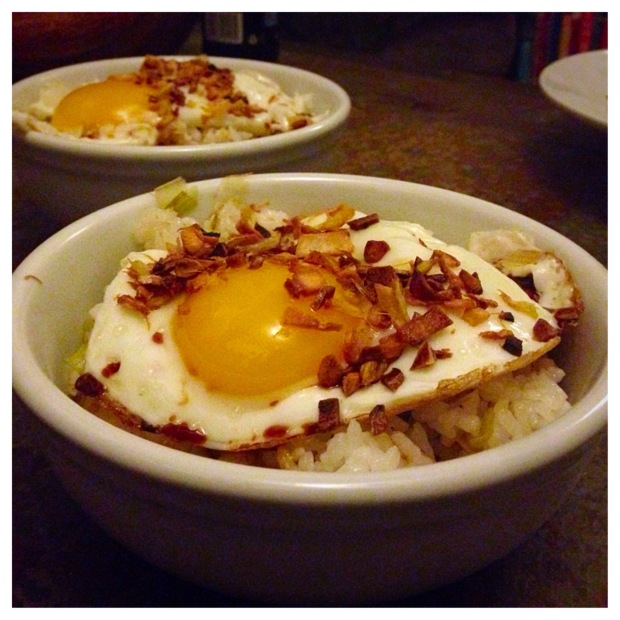 Also from my CSA this week I got 6 leeks – so many! And there’s a bin where people can trade for things they don’t want which was full of discarded leeks. But I was determined – leeks are delicious! And then my awesome cook friend Emily told me about this New York Times recipe that uses a ton of leeks. It’s so so so good, and used up all 6 of my leeks! Here’s how you do it:

– Heat some oil over medium heat (they say peanut, which I bet would have been delicious, but I used grape seed since that’s what I had, and it was pretty good)
– Add in minced ginger and garlic – 2tbsp of each – and stir occasionally until brown, then scoop it out drain it on a paper towel and add some salt

– Add in the leeks! They say 2 cups of the white and tender green part, which basically amounted to my 6 leeks (I didn’t exactly measure)
– Add more oil as needed and cook on low until they get brown and tender (they say about 10 minutes but for me it was at least 20… Maybe my low is too low??)
– Add in your day-old rice – they say about 4 cups – raise the heat to medium, add salt, and heat through

– Separately, cook your eggs – sunny side up. I did this in sesame oil (they say to do it in more peanut oil and drizzle sesame on top of the whole thing at the end, but this worked)