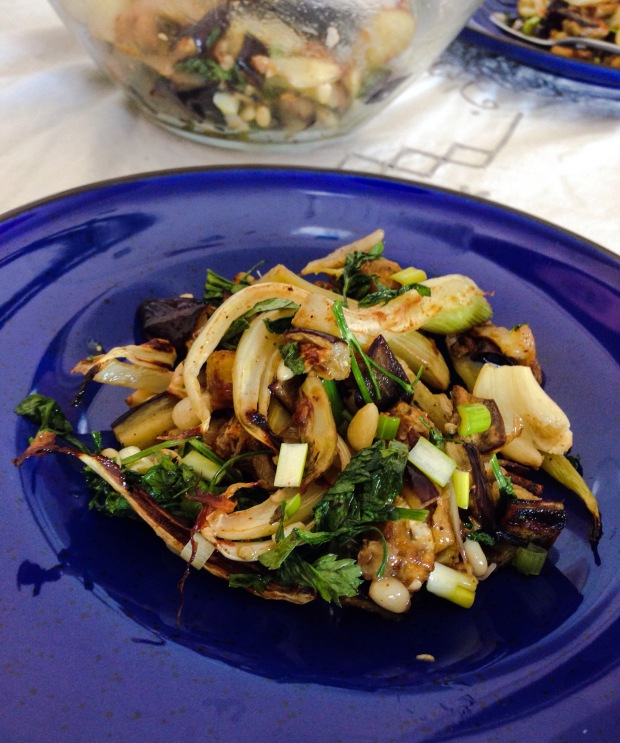 I lured a friend over to help me pack for my big move (2 miles away) with the promise of lunch, for which I made this Delicious dish. The original recipe from Kitchen Princess calls it a salad, so I am too, but I think of salads as typically having fresh greens of some sort (unless you’re from the Midwest, which I guess I am…) This one just had fresh herbs (and in my case they weren’t that fresh…) Anyway, whatever it is, it was super good and totally recommended! Here’s how it went:

– Dice an eggplant into one-inch cubes
– Slice a fennel bulb into thin “fronds”
– Toss both with olive oil, rock salt, paprika, cumin, and whole cloves of garlic still in the skin (I used about half a bulb. The original idea is for the garlic to become so soft and gooey that you can add it to the dressing later, but I just ended up adding the whole cloves to the dish instead)
– Bake in a single layer at 400*f for 20-25 minutes

Meanwhile…
– Chop up herbs (in my case, some close-to-dead parsley) and scallions, and add in a bunch of pine nuts (which I happened to have from my last eggplant adventure!)
– Add in one tablespoon of: olive oil, sesame oil, and lemon juice (the dressing)
– Add in the roasted veggies (removing the paper from the garlic!) 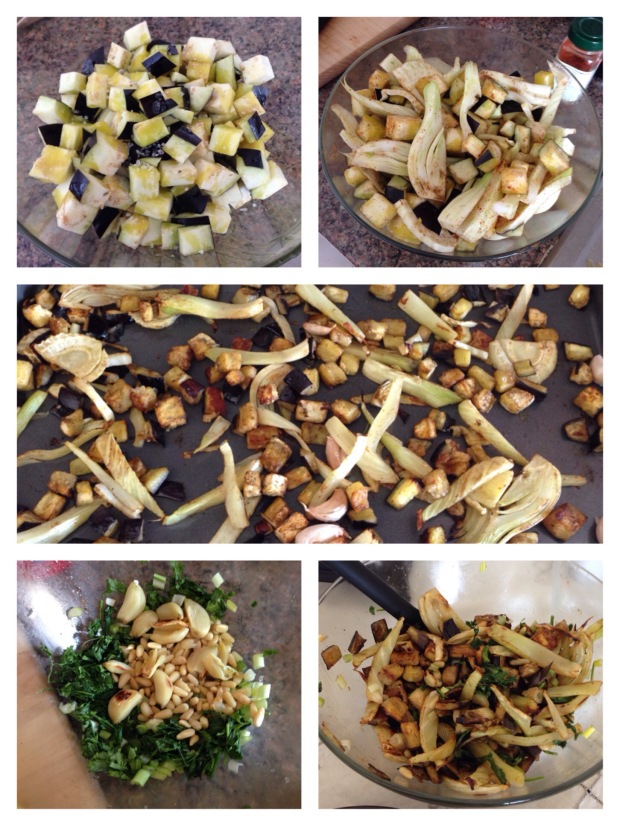