Is the only requirement for calling something a casserole that it be baked in a casserole dish? In that case, this is one. Otherwise, not so much – but very pretty and delicious! I got the recipe from The Food Network, after having googled “sausage and chickpeas”. And I followed it pretty closely!

– Remove ~1/2lb sausage from casing (they say chorizo which would have been amazing. I used sweet Italian sausage and it was quite good) and sauté until it’s brown. Take out the sausage and leave the grease in the pan
– Add to the grease and sauté until soft (and a little caramelized):
— 1/2 thinly chopped onion
— 1/2 diced red pepper
— Salt
— Red pepper flakes
— Bay leaves (they say fresh but I only had dried)
– Add in and cook until browned:
— Chickpeas (they say 15oz can, I had made my own and it was probably a bit more than that)
— Sausage
— Chopped garlic
— (I also added in paprika and black pepper, even though not called for. I think it worked!) 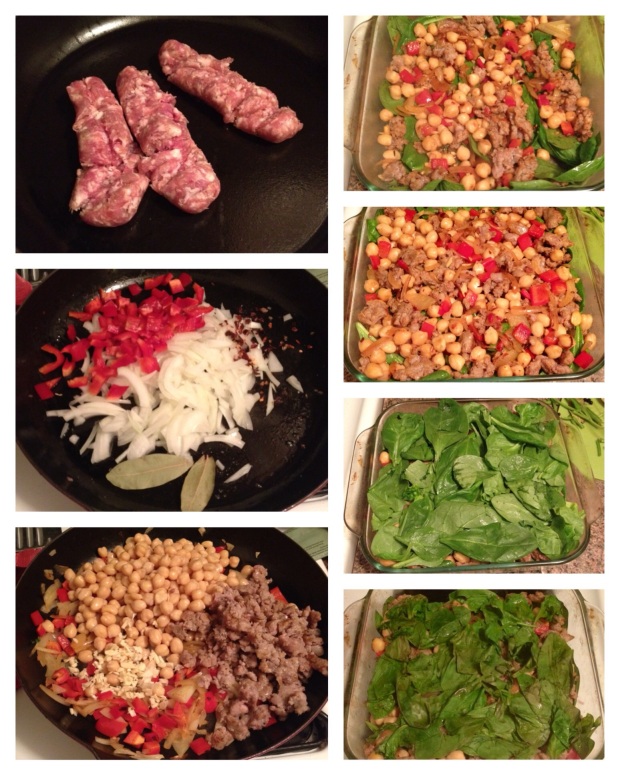