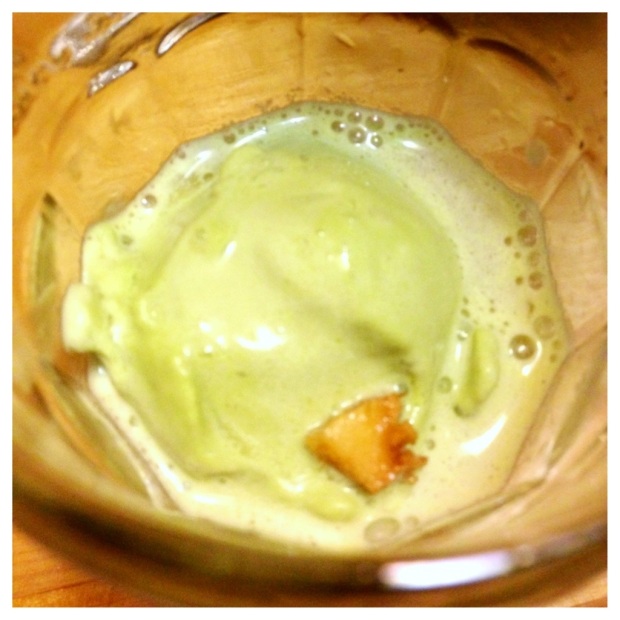 Well the name really says it all. The premise was:
– People make floats with all kinds of soda
– Kombucha is bubbly like soda

We had homemade kombucha flavored with ginger and lime (just throw those into the plain kombucha after you’ve taken it out of the jar with the scoby) and decided that vanilla ice cream would be delicious as a float, but that green tea ice cream could be amazing, and it would stick with the whole ‘tea’ theme.

Well it was amazing – and super addicting (be sure to just get a pint…) (and oh yeah, we just bought the ice cream, but maybe next summer I’ll get into making my own!!)