I’ve had this unopened red curry paste burning a hole in my cabinet. Also the eggplants at the store were looking pretty amazing, so that’s how we ended up here.

I found 2 recipes that I drew on for this dish. One from VegInspirations, which is the one I followed more closely, and one from The Lotus and the Artichoke which seemed a little more involved, but used some cool ingredients. Here’s what happened:

This turned out really well, but I think it could have been more flavorful. I think next time I would have added more ginger, more tamari (I didn’t really measure), garlic, and maybe coriander or chili flakes – other Lotus suggestions. Also probably more cayenne, as it didn’t end up having quite enough of a kick. 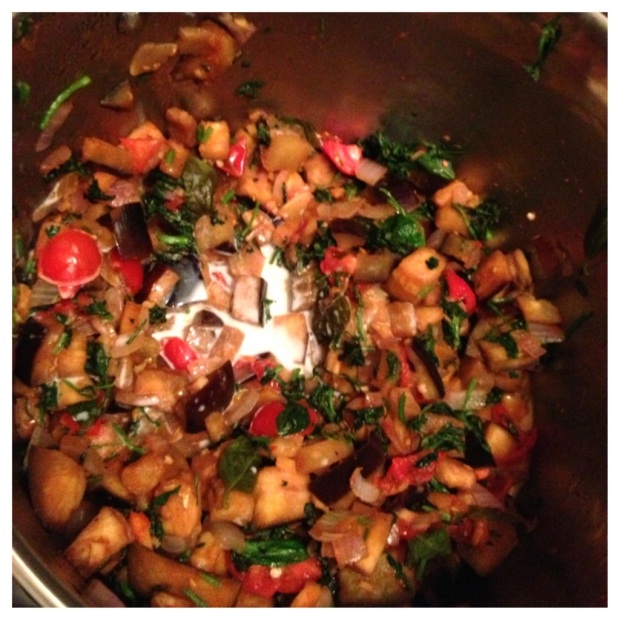 One thought on “Eggplant Curry”