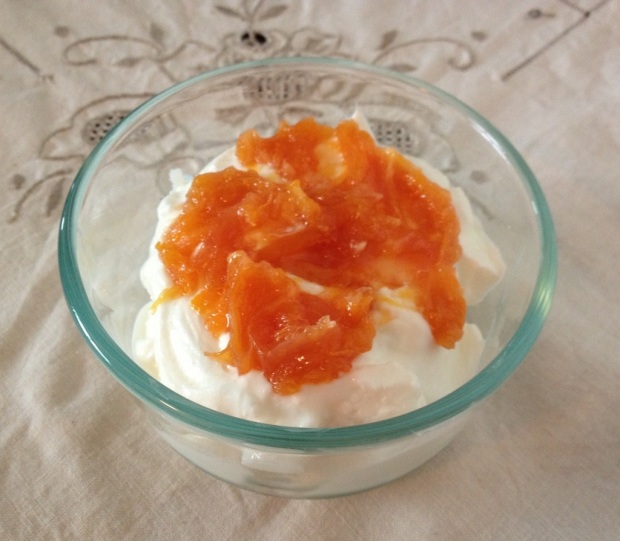 Wow, lots of lessons this week. This one: if you’re making something as a gift for someone, make sure they won’t confiscate it in the airport security line!!

Ok, so that didn’t actually happen to me, but I had made this big beautiful jar of this stuff to bring to a friend’s parents who were letting me stay with them, and realized as I’m packing that there’s no way I’m risking it. Luckily I had a pretty little 3oz jar lying around, but it’s not nearly as impressive.

So this recipe was from Martha Stewart, which I think is fitting for a hostess gift… Anyway, here goes

Recipe called for:
– Insides of 2-3 navel or blood oranges, cut into pretty cross sections
– Zest of half an orange, cut into pretty little strips
– 1/3 cup sugar
– Salt
– a couple tablespoons of water
All boiled together until it all breaks down and turns to syrup and pulp

I wanted to use blood oranges but couldn’t find them (actually ended up using mainly juice oranges) so I decided to add in some pure cranberry juice for the color. It didn’t really work, but there’s a tinge of pink in there!

I also doubled the recipe, and thank goodness, because it doesn’t make very much.

Also it took over half an hour to boil down enough.

The result is so intensely flavorful that its hard to know exactly what to do with it. But I’ve found that its delicious stirred into yogurt, and I’m sure it’d be great on ice cream (which I think Martha Stewart recommends). A friend suggested mixing it with fresh fruit or berries. And I also think it would be good on toast with butter, like marmalade. 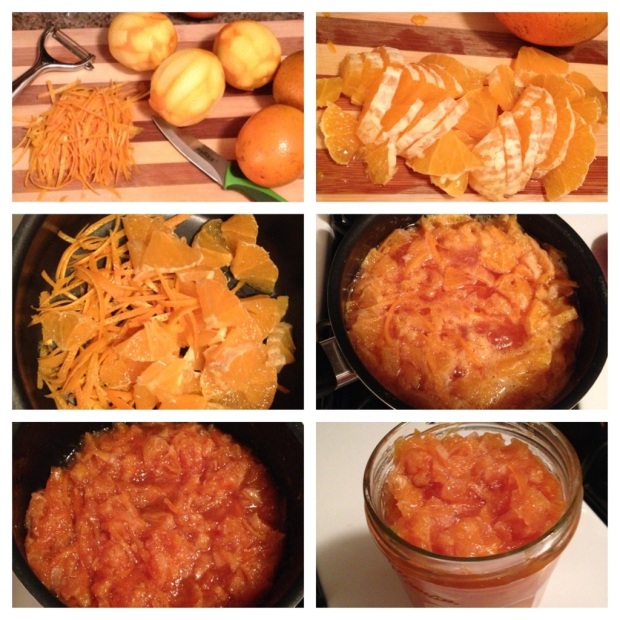 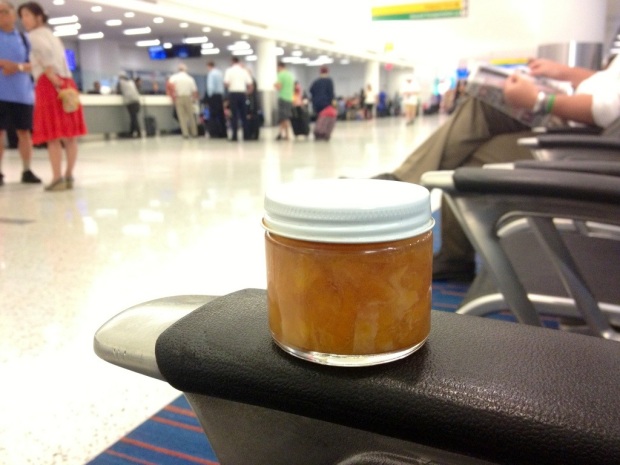