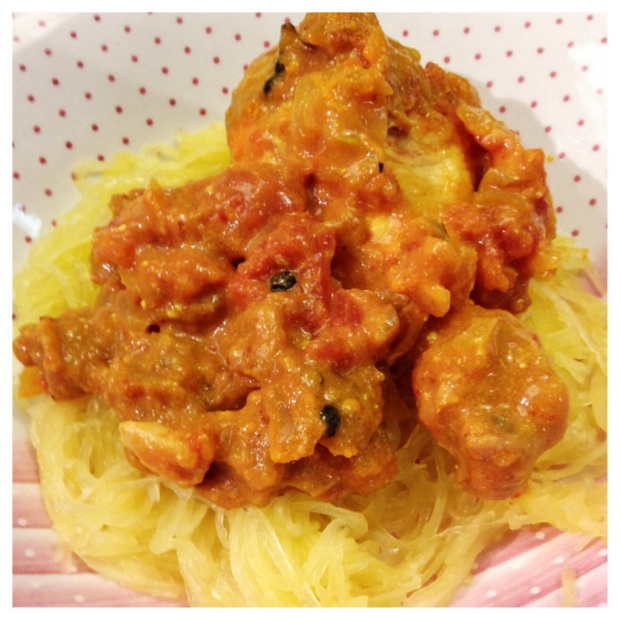 – Put spices in a pan until they become aromatic, including:
— Red pepper flakes (although they say chilies) ~1/2tsp
— Coriander (although mine was powder and not seeds) ~1tsp
— Pepper corns ~1/2tsp

– Grind up the spice mixture with:
— 1/2inch ginger (they say finely minced, but why if you’re putting it in a food processor??)
— 2 cloves garlic
— I added in a couple of canned tomatoes that aren’t supposed to come in until the next step, but it made my food processor happier

– Put everything in the crockpot, stir, and cook at high for 5 hours:
— Spice mixture
— Drumsticks or chicken thighs – they say skin removed, but why? I did 5 drumsticks
— 1c coconut cream (they say 2 cups reduced-fat coconut milk, but you know how I feel about that)
— (A couple splashes of chicken stock to make up for the lack of liquid above)
— Turmeric – a bunch. They say a teaspoon, but I just dumped some in
— A chopped onion
— Tomatoes – they say fresh but I used canned. I did about half of a large can
— Paprika. They say tamarind paste and I know they’re not the same thing at all, but they’re both sweetish, and I didn’t have tamarind, and paprika makes everything better…so…

That’s all I did. You’re supposed to add salt at the end and garnish with cilantro, but I didn’t. What I did do was serve it on top of roasted spaghetti squash, and that was awesome! 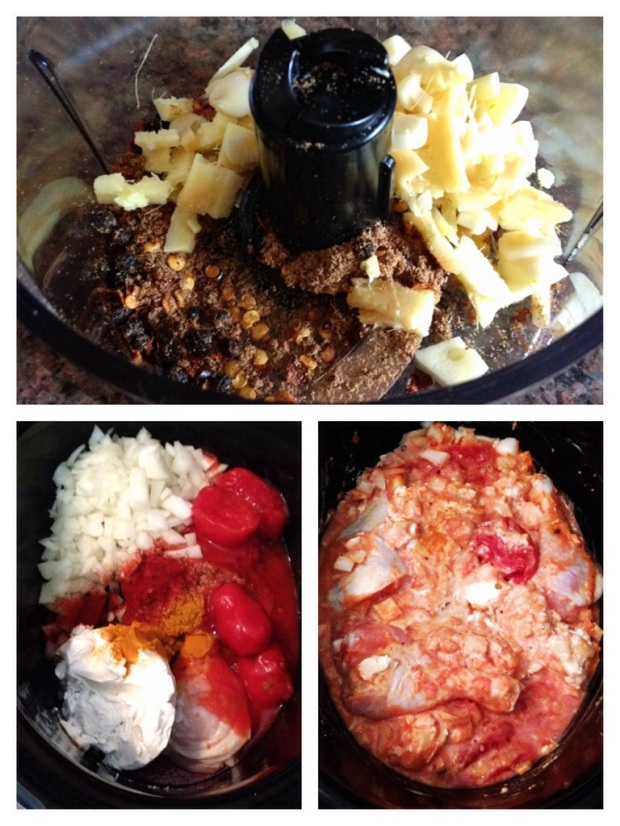 One thought on “Slow-Cooker Chicken Curry over Spaghetti Squash”