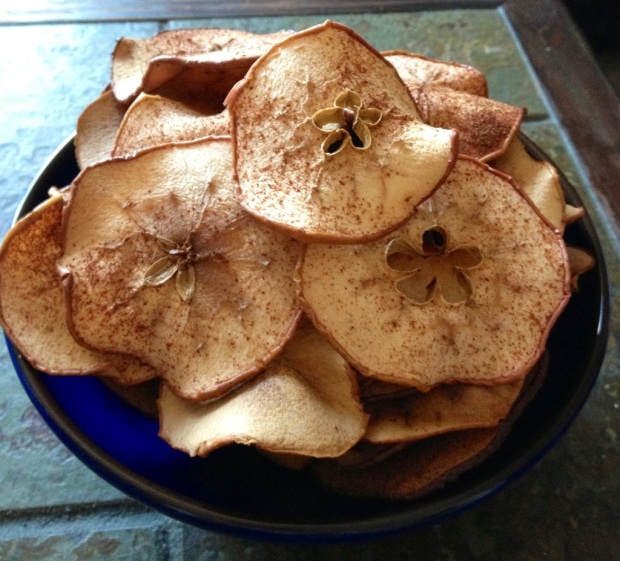 It’s holiday-party time and I wanted at least one thing I made to be relatively healthy. I found this recipe from Munchin with Munchkin on Gojee, and they were perfect!

– Slice apples thinly (they say use a mandolin but I just used a good knife)
– Lightly grease baking sheets with coconut oil or whatever
– Spread out the apple slices in one layer
– Sprinkle with cinnamon (they also say you can sprinkle with sugar, but this wasn’t necessary – they were sweet and delicious as-was)
– Bake at 225*f for ~90 minutes or until chip-like, flipping once. Be careful not to let them burn or get too dark (which will be more likely if you cut them toooo thin)
– Enjoy!