Aduki Beans and Arugula with Sweet Potatoes and Beets 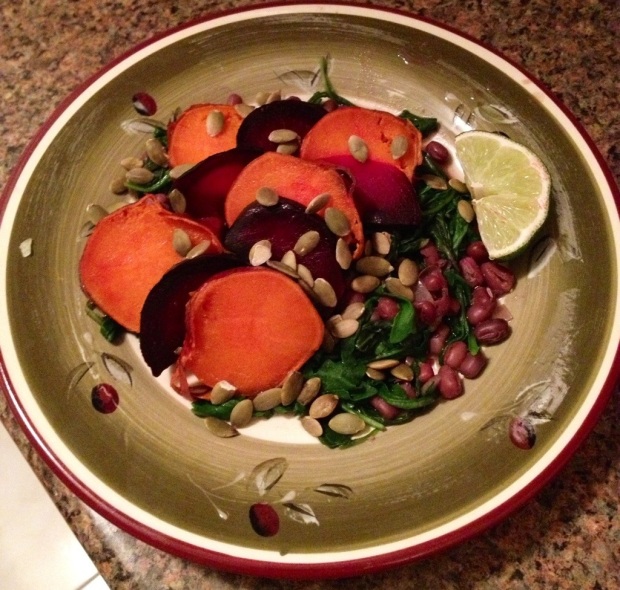 The good thing about cooking healthy food is that if it doesn’t turn out, well, at least it’s good for you!! Maybe I made inappropriate changes, or maybe it wouldn’t have been great even if I’d been completely faithful to the recipe. And not that it was bad, but the flavors didn’t blend and compliment each other in the way you would hope. But, maybe it can be the inspiration for future incredible dishes! Here goes:

I still had leftover roasted sweet potatoes and beets, and I had a cup of Aduki beans that I’d been soaking for almost 36 hours and had now multiplied into more than 2 cups, and I had a giant thing of arugula left over from Saturday night’s salad. What to do?

I cooked the beans until they were almost done, then I added in chopped onion and veggie bouillon, and let that cook for a while. Then I added in salt and as much arugula as would fit in the pot (cooking down twice). Then served it with sliced sweet potatoes and beets, pumpkin seeds, and a lime wedge. 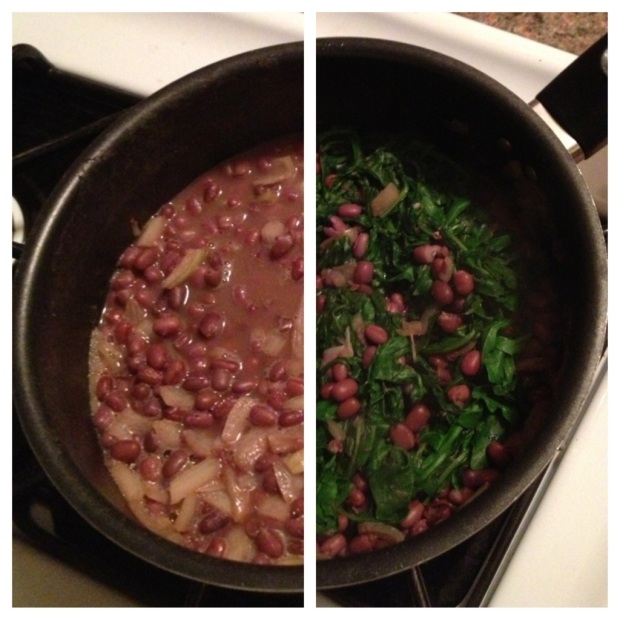