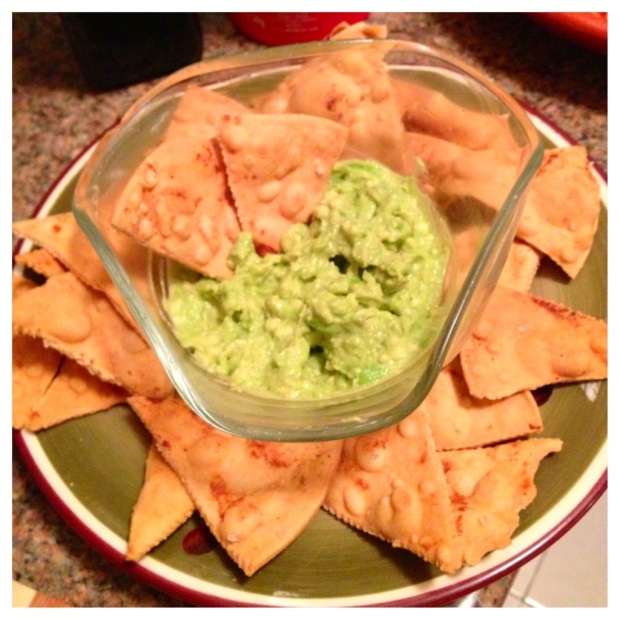 The Chips
I used to make homemade chips all the time with my old roommate back in Portland. It’s perfect because you can just make the amount you want, and they’re way better than store-bought!

“Homemade” may be a bit misleading, seeing as we always started with store-bought tortillas, but whatever.

The only problem this time was that I accidentally bought flour tortillas instead of corn (how is that possible?) but I found a recipe from Home Skillet that reassured me it can be done with either:

Cut the tortillas into 8 pie-pieces
Coat them lightly with oil, salt, and anything else you like
Bake them at 350*f for ~15 minutes (watch them so they don’t get too dark – they should just start to change their color, but not turn brown)
And done.

The main differences between corn and flour tortillas in this instance, as far as I can see, are:
1) Corn chips taste better – it’s just true. But I bet the flour ones would be better if you were trying to make them sweet, like with cinnamon and brown sugar!
2) When frozen solid, you can pry two corn tortillas apart by wedging a knife between them. If you try to do this with flour tortillas you will slice your hand.

The Dip
The avocado dip was really just a dumbed down version of guacamole, but totally works in a pinch!

Smash avocado with some lime juice, salt, and paprika (yes, mom, I do put it in everything!) and you’re all set! Instant appetizer. 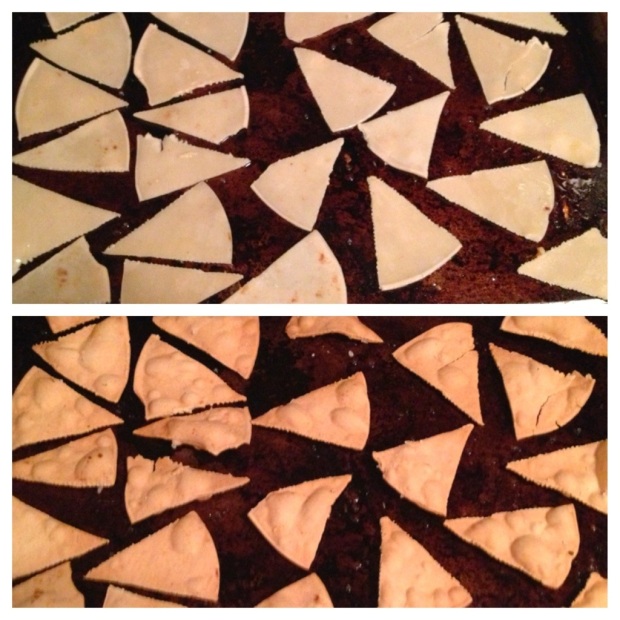