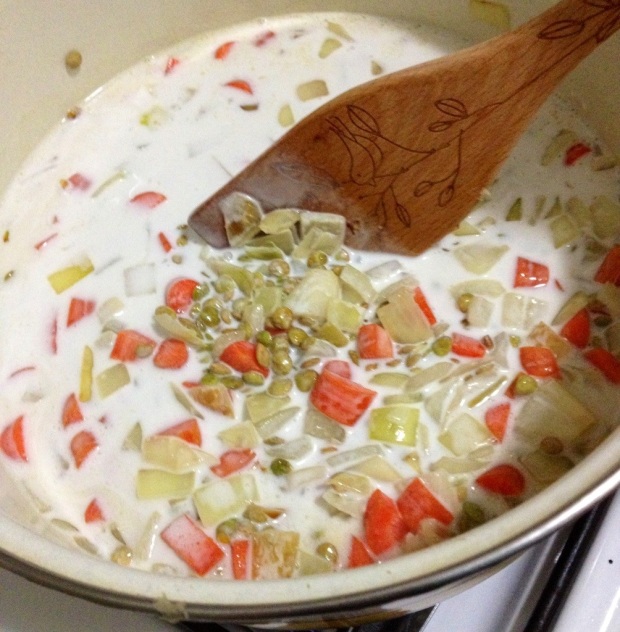 This creamy, slightly sweet, and endlessly comforting soup is originally from Marisa’s Healthy Kitchen‘s post, and it is highly recommended!

I used coconut oil instead of canola for sautéing the onions (it’s a coconut soup!)

Oddly, I didn’t add salt or pepper at the end. It just didn’t seem to need it – it was so delicious as-is! And I thought people could add their own if they want

I also didn’t immersion-blend it – it was so pretty and had great texture and bursts of flavor, so I just blended a cup of it to compare (see below). Both were good, but I think unblended was better both texture/taste-wise and visually!

Want new posts sent directly to your email?  Click “Follow” at the bottom of the page!  Thank you!!

One thought on “Coconut Lentil Soup”