This recipe I have to give credit to my brother for. We were trying to think of a good vegetable dish to bring to our mother’s, and he has this random Southern Living cookbook from 1986 where we found this great asparagus recipe!

Of course we decided to make some changes:
Steamed fresh asparagus instead of frozen (duh)
Apple cider instead of apple juice (that’s what he had in the fridge)
And I would have used tapioca flour instead of the cornstarch, just because that’s what I have in my kitchen (and it seems better for you – is it?) but cornstarch served its purposes.

The result was, again, a surprising but delightful flavor combination! I guess I had never thought to make asparagus sweet, but it worked!

It was pretty sweet, which might have been because of how sweet the cider was, but I would probably use less apple whatever in the glaze next time. Other than that – totally recommended.

Want new posts sent directly to your email?  Click “Follow” at the bottom of the page!  Thank you!! 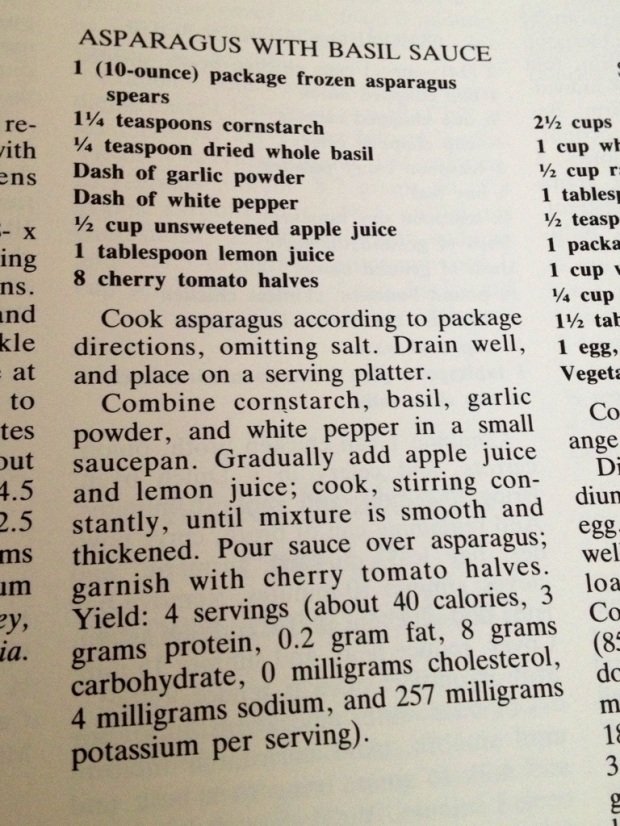