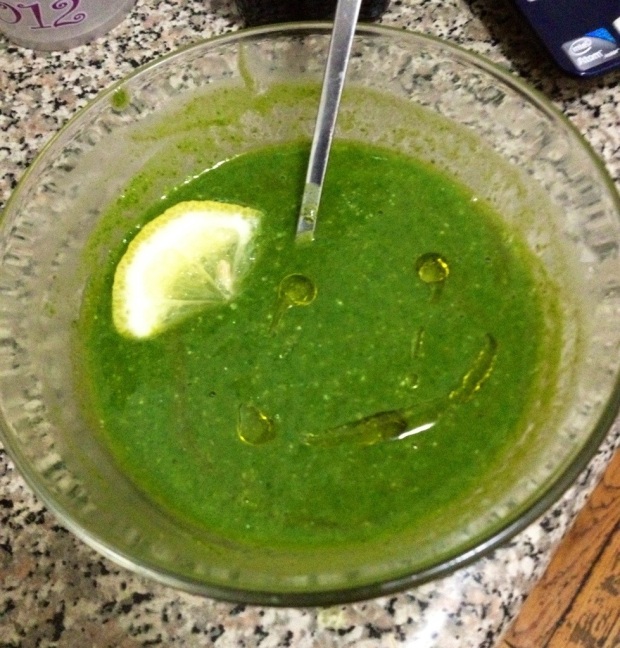 First of all, can I just put a disclaimer on this? I got called out recently for seeming so healthy on this blog. It’s true that I tend to eat well in general, but this recent stretch is kind of an anomaly as I decided that for February I would be mostly vegan, gluten-free, and sugar-free (and alcohol-free, but that doesn’t really affect things here). And, while this has been awesome – and this recipe in particular is AWESOME – I am looking forward to getting back to normal. Especially since my brother got me a subscription to Food and Wine Magazine for my birthday, and they are all about the gourmand! That being said…

My best friend’s mom, Joan (check our her blog Raisins and Almonds) recommended this recipe to me from The Splendid Table. She also recommended using brown rice instead of risotto rice – both excellent suggestions!! This soup is light, refreshing, satisfying, and packed with vitamins and nutrients!!

I used 16 oz of spinach instead of just 12 because that’s how much was in my package, and I thought it couldn’t hurt!

I also used more rice than they called for 1/2 cup instead of 1/4th – mainly because it seemed like such a small amount!! I’m sure it would have been fine either way.

I didn’t read carefully so ended up putting the broth in first, and the water in second – that didn’t seem to matter.

And I used rainbow chard instead of green – it’s just too pretty, I can’t resist it! And when I cut out the stems they looked like something out of Doctor Suess!!

My only other suggestion is to just serve each bowl with a lemon wedge instead of adding lemon to the whole thing – it makes so much that, at least in my apartment, I’ll inevitably end up saving some, and then people can make it as citrus-y as they want!

Also, I put in a ton of cayenne. I couldn’t taste it at all the first day, but now on day three my lips are burning – so bare that in mind!!

And for you non-vegans, my roommate added cheese to hers – a colby-jack – and blue corn chips for crunch! 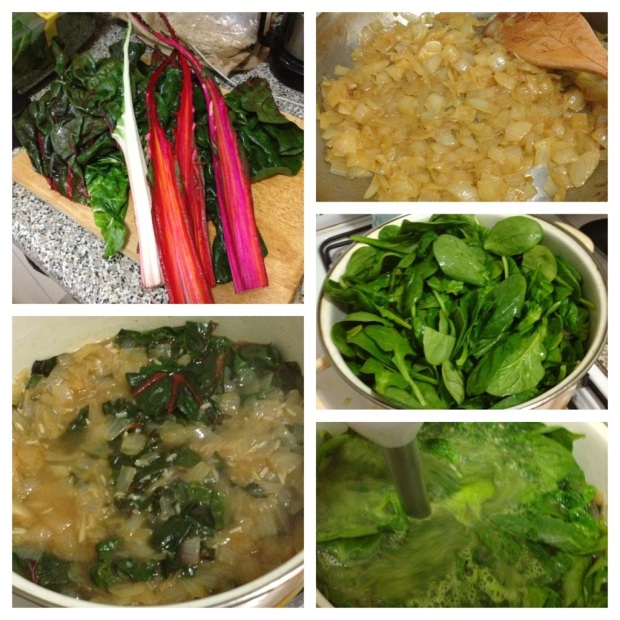 One thought on “Smiley Green Soup”