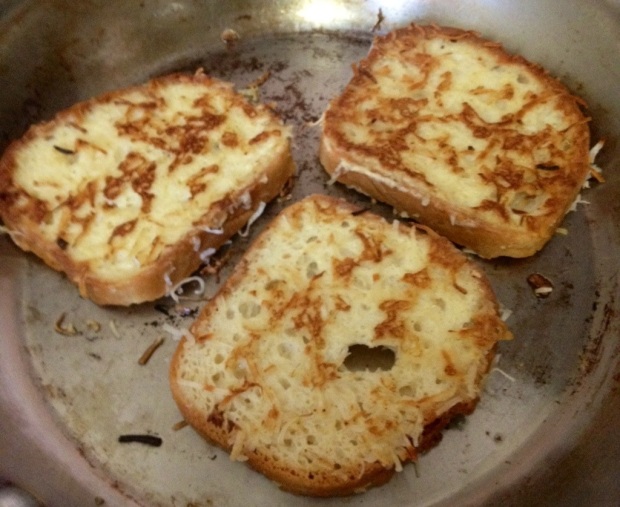 Traditional French toast was always a little boring to me, and I tend towards savory stuff in the morning. But the coconut and cayenne in this recipe from A Spicy Perspective make it fun, surprising, and delicious!!

We used gluten-free bread – Udi’s is absolutely the best!! You have to toast it, or something, but seriously those guys are magic!

We used unsweetened coconut because that’s what I had on hand. It worked great – I think if we’d used sweetened it would have been too sweet for me (especially with maple syrup!)

We also didn’t put in enough cayenne. I’m not sure if we used as much as it called for since I just dumped some in, but definitely don’t skimp! The egg, bread, and coconut really covers the taste, so if you want a kick make it count!!

We also served it with the Baked Eggs in Ham or Tomato Cups, which worked out really well! 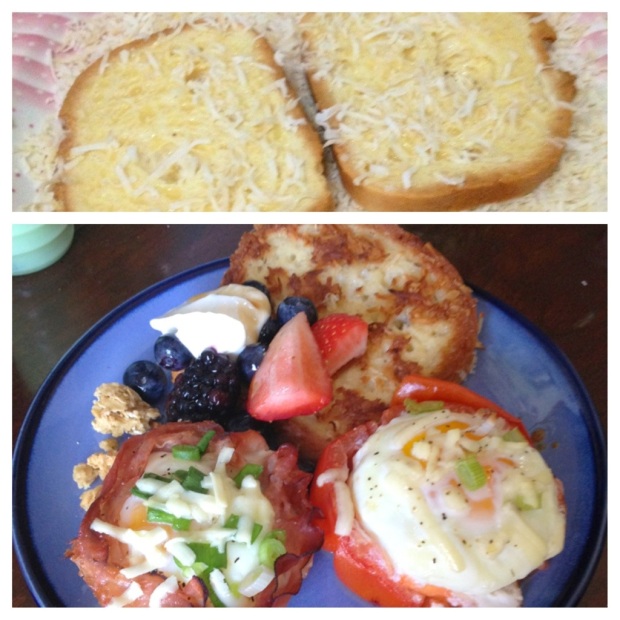