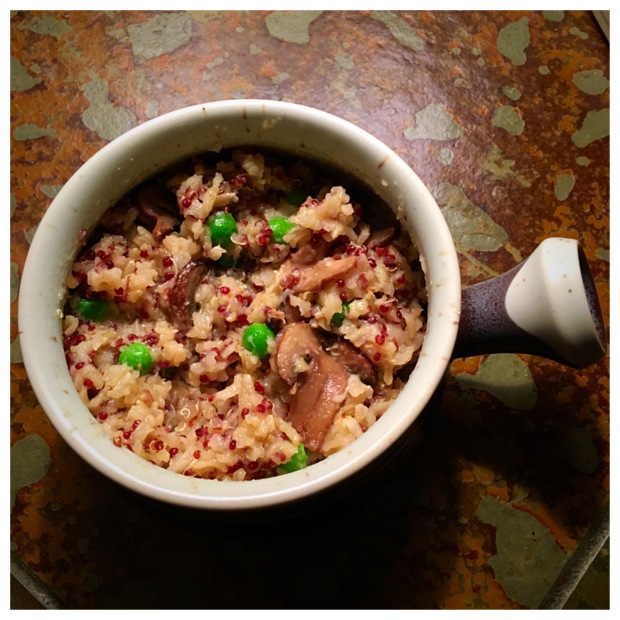 I’m exhausted and I just want comfort food – and I don’t really want to have to cook it! Compromise: slow cooker!!

I basically followed this recipe from The Cooking Jar, except I used 1c of brown rice and 1/2c of red quinoa instead if the arborio rice. And this meant that it took more like 3 hours on high in the slow cooker vs. 1 1/2.  (Which subsequently meant that I ate dinner while it was still cooking, but now am eating again because this is so good!)

Also – I think this would be easy to make vegan. Use:
– Coconut oil instead of butter
– Veggie stock instead of chicken
– Nutrituonal yeast (or your preference) instead of parmesan